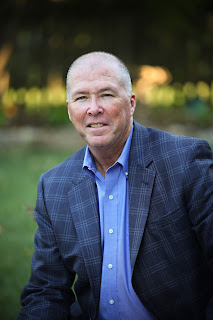 Gene Barr is the president and CEO of the Pennsylvania Chamber of Business Industry and the author of the non-fiction work, “ A Civil War Captain and His Lady: Love, Courtship, and Combat from Fort Donelson through the Vicksburg Campaign.”

The Chamber is the largest broad based advocacy group in Pennsylvania. Barr joined the Chamber in 2003 and became president in 2011. He has more than 40 years of experience in politics, government affairs, and business operations including work with BP America, Associated Petroleum Industries of PA, and McNees Wallace & Nurick.  He is a member of the US Chamber Board of Directors, United Way of the Capital Region and a number of other groups. He is a board member and past chair of the National Civil War Museum in Harrisburg. Recently, Barr was named “The Most Effective Association Lobbyist” in the Capitol in a poll conducted by Pennsylvania Legislative Services and was also included in the Pennlive/Patriot News list of the 17 most influential people in Pennsylvania politics in 2017.

He is a graduate of St. Joseph’s University in Philadelphia.