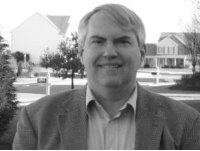 Author Scott Mingus will discuss his book, Flames Beyond Gettysburg: The Gordon Expedition, June 1863. Scott L. Mingus, Sr. is a scientist and executive in the paper and printing industry, and holds patents in self-adhesive postage stamp products and in bar code labels. He has written seven books on the American Civil War, including Human Interest Stories of the Gettysburg Campaign (Volumes 1 and 2), Human Interest Stories from Antietam, Flames Beyond Gettysburg: The Gordon Expedition, and Gettysburg Glimpses: True Stories from the Battlefield. The Louisiana Tigers in the Gettysburg Campaign was published in October 2009 by LSU Press. He has just completed a new biography of General/Governor William Smith of Virginia, whose actions at Gettysburg created controversy, and then as the wartime governor advocated arming slaves and enrolling them in the army.

His latest manuscript, Gettysburg Glimpses II, More True Stories from the Battlefield, will be published by Ten Roads Publishing. He has written articles for several magazines, including “The Gettysburg Magazine”. He maintains a blog on York County, Pennsylvania, in the “Civil War for the York Daily Record” (www.yorkblog.com/cannonball/). Mingus also has written several booklets on wargaming the Civil War. He and his wife Debi publish “Charge!”, the leading international fanzine for ACW miniature wargaming.

A native of southeastern Ohio, he graduated from Miami University after majoring in Paper Science and Engineering. He and his family live near York, Pennsylvania.