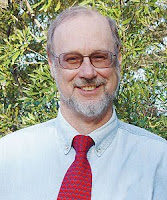 A. Wilson Greene is the Executive Director of Pamplin Historical Park and the National Museum of the Civil War Soldier located near Petersburg, Virginia. Mr. Greene served as the first president of the Association for the Preservation of Civil War Sites from 1990 to 1994. Prior to this, he worked as a National Park Service historian at a variety of locations, including Fredericksburg National Military Park and Petersburg National Battlefield. The author of more than 20 published works on the Civil War, Mr. Greene’s most recent books included, Whatever You Resolve To Be: Essays on Stonewall Jackson and Petersburg, VA: 1861-1865: Confederate City in the Crucible of War. Mr. Greene served on the presidential appointed board of the Institute of Museum and Library Services, which oversees best practices and grants of museums and libraries throughout the country.
Posted by andrewathanas@hotmail.com at 9:50 PM
Newer Post Older Post Home