Coming April 15th: Cotton and Race in the Making of America 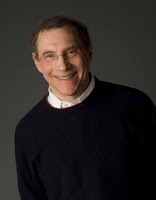 Dattel received his B.A. in History from Yale and his J.D. from Vanderbilt Law School. He is on the Board of Advisors of the BB King Museum in Indianola, MS and has served as an advisory scholar to The New York Historical Society on its Slavery II--Cotton and Commerce exhibition (2005).

Cotton and Race in the Making of America explores the connection between slavery and cotton, and how, even after the Civil War, free black citizens could not escape the shadow of the cotton industry. Author Gene Dattel demonstrates that it was not until mechanical cotton picking machines were invented that large numbers of African Americans could finally break free from the industrial prison that had contained them for over 150 years - and how even now black Americans live in a society built on the backs of their families.
Posted by andrewathanas@hotmail.com at 8:54 AM
Newer Post Older Post Home